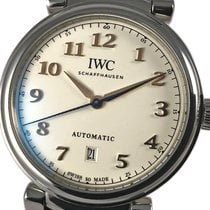 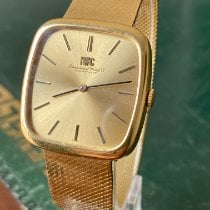 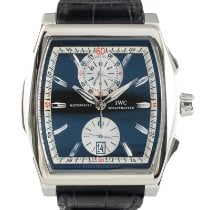 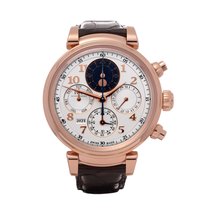 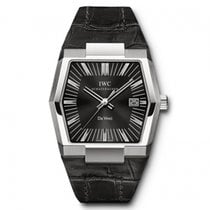 IWC Schaffhausen has repeatedly reimagined their Da Vinci series over the years. However, each timepiece shares some basic characteristics: an elegant design, fine materials, and sophisticated complications like tourbillons or perpetual calendars.

IWC Schaffhausen gave Da Vinci watches their own collection in 2017. However, these timepieces can trace their history all the way back to 1969, when the Swiss luxury watch manufacturer created a hexagonal quartz watch named after the famous Italian polymath.

IWC has since released a wide variety of Da Vinci models in different shapes, from round or barrel-shaped to angular polygons. However, each design is as elegant as the last, and many timepieces feature sophisticated complications. Take the Da Vinci Perpetual Calendar Chronograph IW3750 from 1984, for instance. This timepiece boasts a moon phase display and chronograph function in addition to its perpetual calendar.

Barrel-shaped cases enjoyed a boost in popularity at the turn of the millennium. One such timepiece is the Da Vinci Chronograph IW376601. Its titanium and ceramic case contains an in-house movement with a flyback function.

IWC returned to a round design in 2017. Da Vinci watches set themselves apart from other Portugieser and Portofino watches with their distinctive hinged lugs. As always, the current Da Vinci collection offers a series of more complicated models. These include tourbillon watches, flyback chronographs, and watches with a perpetual calendar. Today's collection also includes numerous women's watches.

How much does the IWC Da Vinci Cost?

The very first Da Vinci watch bears the reference number IW3501. It has a hexagonal case and an integrated bracelet. Fans also refer to this timepiece as the Da Vinci Beta 21 since it uses the quartz caliber Beta 21, the first Swiss quartz movement to go into series production. The Centre Electronique Horloger (CEH) – an amalgamation of 20 Swiss watch manufacturers – developed the Beta 21 in the late 1960s, spurred on by Japanese and American advances in quartz technology.

This watch was only produced a few hundred times, making it a rare collector's item today. Stainless steel models are especially rare and demand around 2,800 USD in good condition. The yellow or white gold models are more common and sell for between 9,900 and 13,500 USD.

In 2008, IWC reintroduced this design in their Vintage collection under the reference number IW5461. However, this version features the automatic in-house caliber 80111 and a leather strap. Plan to spend around 4,700 USD on a never-worn stainless steel timepiece. You can save about 1,100 USD by purchasing a pre-owned model. Prices for a rose or white gold watch range from 9,900 to 11,000 USD, while the platinum edition changes hands for between 20,000 and 26,500 USD.

The Da Vinci received a round case in the 1980s and 90s. The most exciting model from this period is the Da Vinci Perpetual Calendar Chronograph IW3750. Its beating heart is the Valjoux 7750 with an additional perpetual calendar and moon phase module. Kurt Klaus, IWC's former Head of Research and Development, developed this module himself. What makes this innovation so special is that you operate all the calendar functions using the crown. You can purchase a well-maintained stainless steel model on a stainless steel bracelet for around 8,700 USD. The gold version costs anywhere from 9,700 to 11,500 USD.

Models with the reference number IW3751 are even more complex. They boast a rattrapante (double chronograph) function that can time intervals. An extra push-piece at 10 o'clock controls this feature. Expect to pay around 17,500 USD for the gold edition of this double chronograph.

Quartz models from this time period require a much smaller investment. You can purchase a pre-owned Da Vinci Chronograph Quartz ref. IW3728 in stainless steel with the Jaeger-LeCoultre caliber 630 for as little as 2,700 USD. The women's model, the Da Vinci Chronograph Lady ref. IW3736, uses the JLC caliber 631. This timepiece features a moon phase display and demands prices of about 3,300 USD.

Watches from the Early 2000s: Different Shapes and Sizes

The Da Vinci received another facelift in 2007. This time, IWC's designers decided on a barrel-shaped case. The Da Vinci Chronograph Ceramic IW3766 marked the first sporty addition to the Da Vinci line. A black textile and leather strap keeps its black ceramic and polished titanium case securely on the wrist. The automatic in-house caliber 89360 ticks away inside this timepiece. This chronograph movement has a flyback function. Its dual hour and minute counter occupy a subdial at 12 o'clock, while the small seconds and date display sit at 6. Prices for never-worn models come in at around 9,900 USD. You can save some 2,200 USD by purchasing a pre-owned timepiece.

The barrel-shaped case of the Da Vinci Perpetual Calendar Digital Date-Month IW3761 is made of gold and platinum. What's more, the in-house caliber 89800 offers several complications in addition to its flyback function. These include a perpetual calendar, which displays the date and month in two large double-digit displays at 3 and 9 o'clock, respectively. There's also a leap year display. A mint-condition timepiece in rose or white gold costs around 23,000 USD. Pre-owned watches sell for about 18,500 USD. If you prefer the platinum edition, be sure to have at least 33,500 USD on hand.

IWC made the Da Vinci its own separate collection in 2017. These newer watches see the return of round cases to the collection. They also feature hinged lugs that help set them apart from IWC's other timepieces. As always, there are also numerous complicated models. However, the primary focus is on classically elegant women's dress watches.

One example is the Da Vinci Automatic 36 with reference number IW4583. Its 36-mm case comes in stainless steel or rose gold and houses an automatic caliber based on the Sellita SW300-1. This movement provides the three-hand timepiece with its 42-hour power reserve and a date display in a round window at 6 o'clock. Prices begin around 4,700 USD for a new stainless steel model and go all the way up to 32,000 USD for the diamond-studded gold edition.

The Da Vinci Automatic 36 Moon Phase IW4593 also uses a movement based on the Sellita SW300-1. Unlike the Automatic 36, this timepiece features a moon phase display at 12 o'clock instead of a date window. The stainless steel version costs around 7,100 USD, while the red gold model comes in at 14,000 USD. There's also a stainless steel version with diamonds that costs about 12,000 USD.

Highly Complicated with a Tourbillon or Perpetual Calendar

Anyone with an appreciation for sophisticated complications will enjoy the Da Vinci Tourbillon Rétrograde Chronograph IW3931. Its 44-mm rose gold case contains the in-house caliber 89900 with a flying minute tourbillon at 6 o'clock and a flyback chronograph with a dual minute and hour counter at 12 o'clock. Another stunning detail is the retrograde date display that arches from 8 to 10 o'clock. This masterpiece sells for around 123,000 USD.

The Da Vinci Perpetual Calendar Chronograph IW3921 follows in the footsteps of Kurt Klaus' model from the 1980s. Like its historical predecessor, it features a combined chronograph counter and moon phase display at 12 o'clock. Other similarities to the original model include a pointer date at 3, a subdial day display at 9, and a year display at 7:30. However, its use of the in-house caliber 89630 means it also has a small seconds and month display at 6 o'clock.

You can purchase the stainless steel version for about 26,000 USD new and 21,000 USD pre-owned. The rose gold edition demands around 11,000 USD more, regardless of its condition. Finally, the platinum model requires an investment of between 43,500 and 48,000 USD.